In 2013 this city was ravaged by floodwaters and it was not a unique occurrence.
History and studies conclusively show that future flooding will happen.

To know the future, we must look at the past. Statistics tell us the probability of a flood in any given year.

It can happen every year 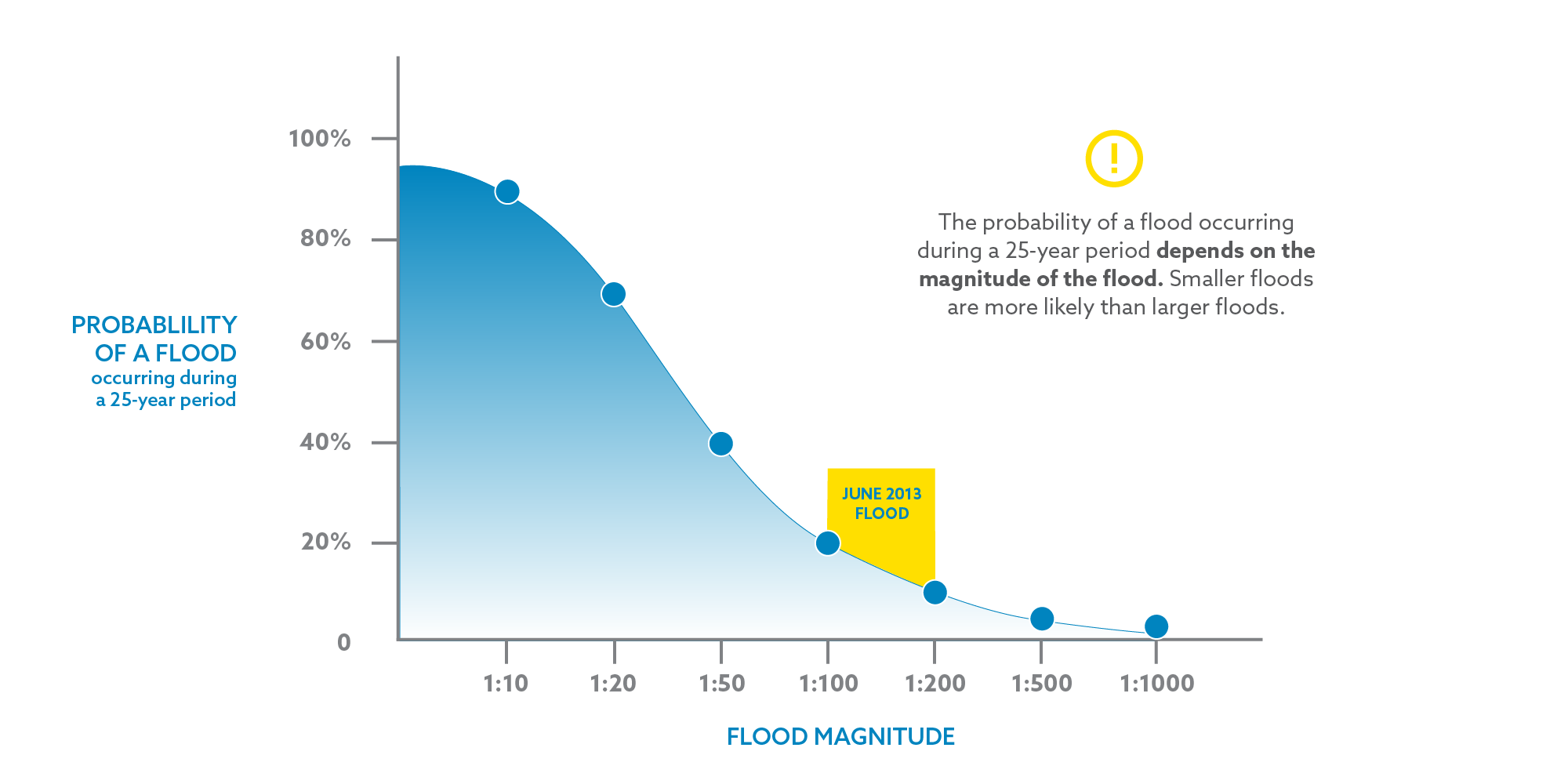 Meteorologists are unsure why, but we’ve had fewer calamitous weather patterns in the past 80 years or so. With more climate unpredictability all over the world, this inexplicable relative dry spell should not be considered the new norm.

Historically, there have been several floods higher than what we faced in 2013. Over the years, the average annual cost of flooding for the Elbow alone is at least $30million. When you add the Bow, it’s closer to $168million.

The city has built up so much in the flood plains because we have actually had less flooding than expected. 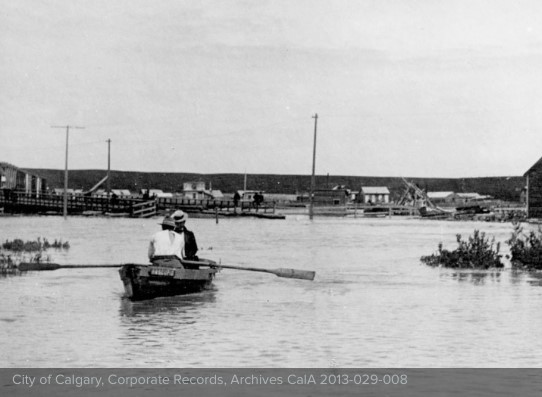 Downstream from the old Langevin Bridge in 1902.

The flood of 1897 had an
estimated peak rate of

The floods of 1879 and 1897 were worse than our most recent experience, and a series of floods after those damaged bridges and the new Calgary Zoo.

In 1929 and 1932, both rivers flooded to near-record peaks. The flood in 1932 would have crushed the city again, but the newly built Glenmore Dam held the waters of the Elbow at bay.

See solutions for our future