The city has revealed preliminary designs for the Eau Claire Public Realm Plan including the Downtown Barrier, a critical piece of infrastructure that will protect our downtown from future flooding.

In April, the city hosted an open house to share design plans and seek feedback on the Eau Claire Public Realm Plan. Projects included in the plan include: 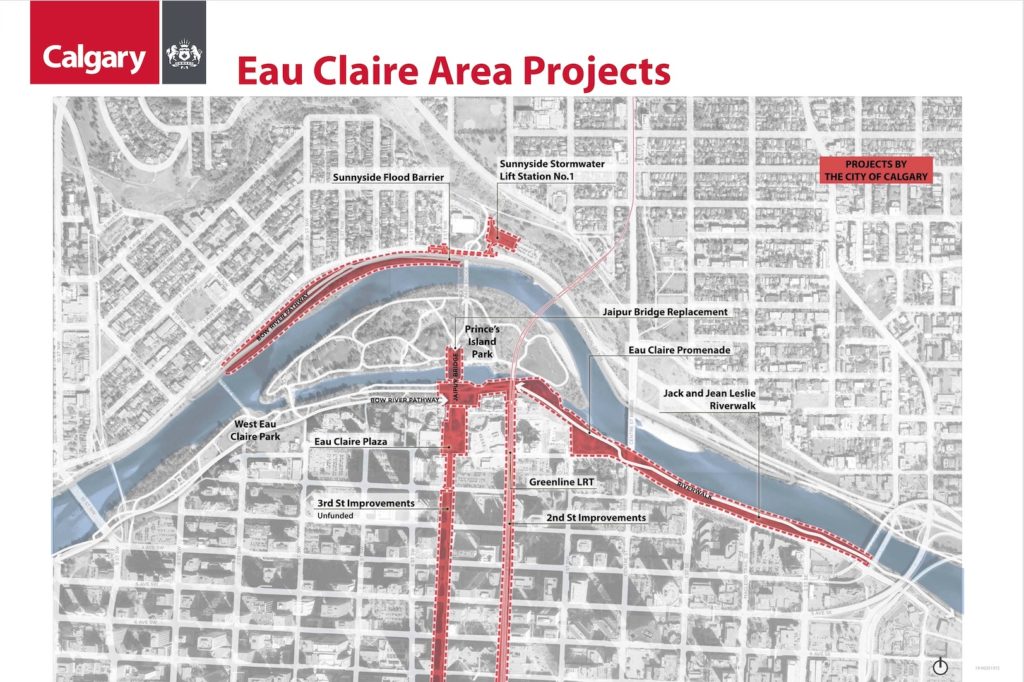 Now, phase 2 of the Eau Claire Promenade is underway to extend flood protection from Eau Claire Market, through the Centre Street Bridge, to Reconciliation Bridge.

The project has been divided into four sections; the Lagoon, Chinatown, RiverWalk West, and RiverWalk East.

The Lagoon and Chinatown sections, and as far east as 2nd Street SE, will see significant change including flood walls with built-in seating, terraced steps, and sloped earthworks.

From 2nd Street SE eastward, the city plans to preserve the existing RiverWalk infrastructure and we will see the addition of sloped landscaping and hidden flood walls with stop-log gates for accessibility. 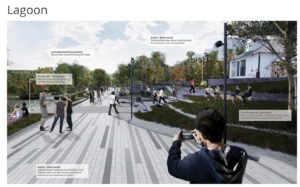 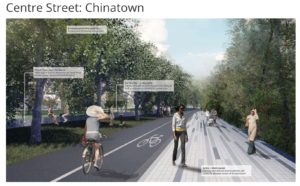 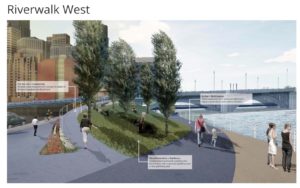 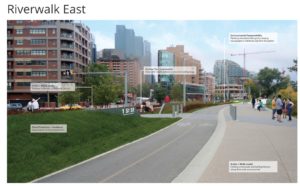 Many of the flood mitigation strategies planned for the Eau Claire Promenade can be seen today in West Eau Claire Park, as is pictured in the photos below. 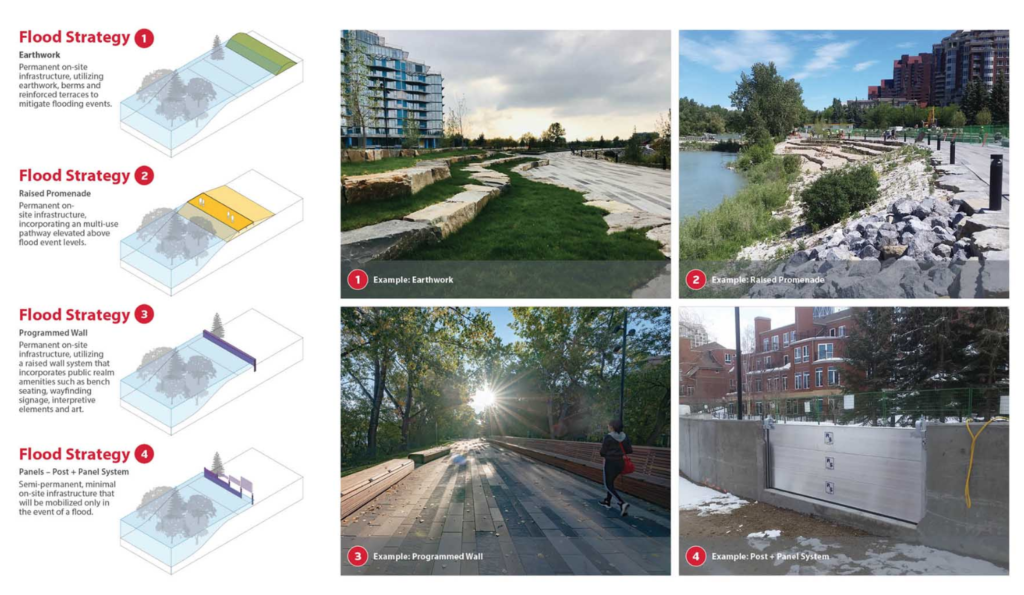 The open house that was held on April 13 was the second of two open houses (first was December 2017) planned for the Eau Claire Public Realm Plan.

Construction of phase 2 of the Eau Claire Promenade is expected to begin in 2020 with completion anticipated sometime in 2022.