This is a story shared by Tom Yeoman, a former resident of Elbow Park.

Having lived through the 2005 flood of the Elbow in Calgary, I felt almost prepared for 2013. Dutifully, when evacuation orders came on June 20, 2013, I was overnighting at my daughter’s home. We found, the next day, that we were not allowed back to East Elbow Park; the Elbow was still flowing down the streets. 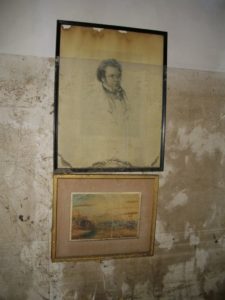 When we were allowed back on the 22nd, I was delighted to find that the main and upper storeys were not damaged. The `finished’ basement, however, was a mess, still filled with about five feet of water.

Electric power was off, so my sons-in-law had to arrange for clean-up tools (power and pumps), which were in short supply. Walls, carpeting, preserves from the cold room, boxes of used clothing – all had to be removed once we got the water out.

Days passed in a blur with visits to Christ Church park to the Emergency Center, for safety equipment and forms to submit for the Provincial Disaster Relief Program (DRP). 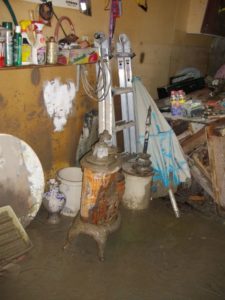 Wonderful neighbours lent help and traveling angels brought sandwiches and bottled water. My insurance agent not only helped me assemble my claim but turned up with office staff in jeans and t-shirts to help with the clean-up.

Weeks passed before I could even get a new hot water tank installed and returned to live in the house; furnace and other utilities came much later after the DRP started `defining’ what they expected for `restoration’.

A new garage door arrived in October (the original bent from the force of the flood ). The restoration contractor began work in April 2014. Changes to the electric meter were done May 2015 and payments from DRP received July 2015.

I knew I could not live through another 2013. I began looking for a new place in July 2014 and moved in October. The old house was rented for a year and then sold at the end of 2016.

In summary, I’ve been really lucky to survive 2013 and I thank all those who helped me. But I am very glad that the experience is over. 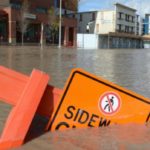 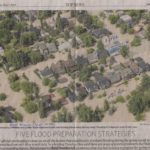 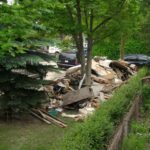 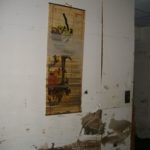 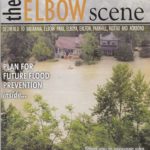 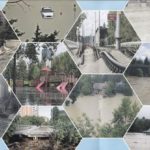 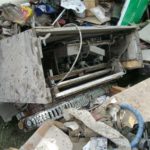